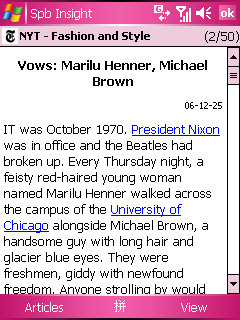 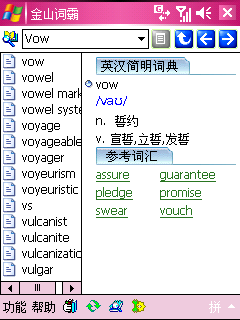 Full Text:
Vows: Marilu Henner, Michael Brown
IT was October 1970. President Nixon was in office and the Beatles had broken up. Every Thursday night, a feisty red-haired young woman named Marilu Henner walked across the campus of the University of Chicago alongside Michael Brown, a handsome guy with long hair and glacier blue eyes. They were freshmen, giddy with newfound freedom. Anyone strolling by would have assumed they were a couple.
They were not. “My roommate Linda was dating him, and he would walk me back to the dorm from physics class to see her,” said Ms. Henner, who became an actress and is perhaps best known for the hit TV series “Taxi” and for appearances in Broadway shows. “I wish I had met him first.”
Mr. Brown and the roommate eventually broke up. Ms. Henner wanted more than anything to pursue him, but she said the “girlfriend code” — never date a friend’s ex — forbade it. She stifled her crush.
“I had no idea she felt that way,” Mr. Brown, 54, said the other day. “I’m a guy. I don’t have that radar.”
Ms. Henner, also 54, made her Broadway debut in 1974 in the musical “Over Here!” She had grown up in a theatrical household. Her parents ran a dancing school in the backyard of their Chicago house and a beauty salon in the kitchen. An uncle operated a cat hospital on the roof when he wasn’t serving as the neighborhood astrologist.
While Ms. Henner pursued her acting career, Mr. Brown became a merchant seaman and traveled the world.
The actress and the sailor crossed paths again in the fall of 1980 in New Orleans. Ms. Henner, then 28 and already recognizable as the spunky female cabbie on “Taxi,” was sitting in a small office at City Hall, awaiting a wedding license for her impending first marriage to the actor Frederic Forrest. Suddenly, she saw Mr. Brown pass in the hallway. “I was so excited,” Ms. Henner remembered. “I screamed and went running after him.”
Mr. Brown, who had married and had just returned from living in Brazil, had no idea that Ms. Henner was famous. “She invited me to her wedding, but then I never got a phone call with the details,” he said. Ms. Henner had realized that she couldn’t have him there for two reasons: her fiancé was very jealous and Mr. Brown’s eyes still buckled her knees.
“I kept thinking, ‘How come I’m not marrying a guy like that?’ ” she said.
More than 20 years passed. Ms. Henner divorced Mr. Forrest, and then married the television director Robert Lieberman, with whom she had two sons. In 2001, she was again divorced and living high in the Hollywood Hills.
Mr. Brown, who had three children and who was also divorced, lived nearby in Palos Verdes. He had joined his twin brother, Marc, as a partner in BrownTrout Publishers, a San Francisco company that made wall calendars, books and pocket planners.
That February, a mutual friend who had recently run into Ms. Henner passed her phone number to Mr. Brown. “I was alone and adrift,” he said. “I didn’t know that Marilu was single. I just wanted to talk to a friend.” He called and left a message.
“My heart was pounding when I called him back,” Ms. Henner said. “I twisted like a pretzel to put the tension in my body, so he wouldn’t hear it in my voice.”
A date was set for dinner. Mr. Brown, who usually wears black jeans and a leather jacket, arrived an hour late to pick up Ms. Henner because his daughters had insisted on dressing him in a silk shirt and pleated pants. (“I saved that outfit, but he hasn’t worn it since,” Ms. Henner said.) After a four-and-a-half-hour meal, they returned to Ms. Henner’s home. She took him outside to admire the view a few times. Finally, he got the hint: they kissed.
Within a week, they were in love. Two months later, Mr. Brown found out he had bladder cancer. Ms. Henner, a longtime vegan who has written several health books, quickly took charge and arranged appointments with a phalanx of specialists. During a CAT scan, it was discovered that Mr. Brown also had early-stage lung cancer.
“My friends asked me, ‘Doesn’t this make you want to bail?’ ” Ms. Henner said. “I said: ‘No way! I had finally found the love of my life and I want him around for another 30 years, at least.’ ”
Mr. Brown, whom Ms. Henner likens to a sequoia because he is tall, strapping and solid, said: “I felt like it was more unfair for her than for me. But she stuck with me and she saved my life.”
In November of that year, Mr. Brown underwent surgery to remove the lower lobe of his right lung. He awoke, feeling groggy. When he finally focused, he saw Ms. Henner. She was sitting at his bedside, smiling and holding his hand.
“With all the emotion I could muster, I proposed,” said Mr. Brown, whose disease is in remission. “I love her spirit.”
They were married on Thursday before 100 people in Ms. Henner’s home. The bridegroom’s twin brother, a Universal Life minister, officiated. The bride, who wore a pale peach Escada gown, was given away by her sons, Nicky, 12, and Joey, 11. In the couple’s vows, she promised to update his wardrobe, and he swore to obey the rules in her health books.
“It’s nice that people live long enough that they’re able to find their way back to the place where they always should have been,” the bridegroom’s twin brother said.
? Copyright 2006 The New York Times Company